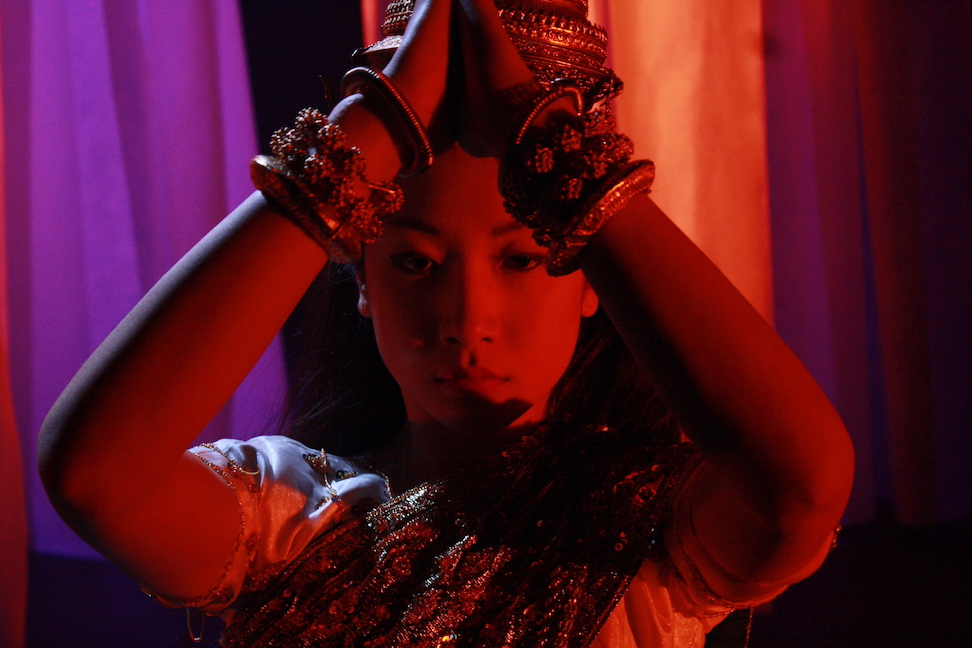 The beginning seems like an appropriate place…  I used to imagine what it would feel like to see myself on stage. To see a recognisable representation of my people, my family, me, and though I am patient, to this day, I’ve had stolen glimpses, but it hasn’t happened yet.

Nothing you want comes from anybody else, it comes from you.  Sometimes, an invitation is the only thing you need, and with some good guidance, then you just bring you.

Having met Tawata before they became Tawata, meeting Mīria at Vic university, studying some of Hone’s writing before I’d met him, seeing the growth and breadth of their accomplishments has been a journey of witnessing many beginnings.

I never wanted to be no spokesperson for my people, I just wanted to see stories of us. Don’t get me wrong, I’ve also always wanted to write, to make work, but it’s true to say that Tawata have been the only ones to invite me into a way of working, and who supported me as an emerging artist.  Just as I have been lucky enough to grow up with my culture, speak my language – I count that I’m also fortunate to have these sorts of friends and it’s always important to recognise that, because not everyone does.

“It will be your turn next.” Mīria would quip, just casually dropping a wero, I remember being like “What?”, but that initial comment made me question – If I had to start, where would I begin? And then I realised that a New Zealand audience would need some context about us, so how is it that we got here.

My parents came to New Zealand from Cambodia as refugees, in the 1980’s.  They were among the lucky ones. I had grown up with them having been open and kind of nonchalant about their experience, how they survived, out of luck, divine intervention, sheer stupidity, and humour, Ba would always finish off his stories, with an incredulous “And I’m still alive?” followed by a hearty laugh.  Maybe it was their way of coping, maybe they’ve kept the worst stories away from me, I guess I’ll never really know.

On approach it was also vital to look even further back to a time when we did have stories about ourselves. Preah Thoung and Neang Neak, the mythology and makeup of the Khmer people, helped me to imagine how the mother of us would feel, knowing that this was the state of her children.

These were the beginnings of my first play Neang Neak’s Legacy, transferring myth, my parents, their experiences into a roundabout fiction for the stage.  I look back on the writing now, and recognise how overwritten it was, but at the time I couldn’t see it, even after being asked numerous times by my dramaturg Hone, whether I really needed certain lines, and fighting for them to stay and not wanting to lose anything, I clung on.

As to my views and perspective on hope, I really didn’t see any hope at that stage, well not in regard to Cambodia, I was asked, about the metaphor of rape, and whether I actually believed that this is what had happened to my country, “Yes”, I replied.  I initially ended the play with a death, and this was something that I grappled with right up into the final drafts.  Hone, always the optimist would ask, are you sure this is what you what to say? “Yes”, I replied, someone had to pay, right?  Finally, I came to the understanding that even if she didn’t die, it didn’t mean that the whole world was fixed, the fictional family still had a long ways to go, the end was a new beginning, and beginnings are sometimes the hardest thing.

I remember crying a lot, I cried through the research, making my divorced parents separately tell me about their experience.  In a way I was grateful for the excuse of a play because I could in a less corny way connect with them, learning about them as real people, not as my parents, their life before there was me.  Sitting with each one of them recording them, morbidly thinking I should probably film these interviews soon, before its too late.  After the interviews, emotions would swirl around me before bed.  In the night images and scenes would come to me at weird hours, and I would need to jot them down on whatever I could find before morning came and I forgot.

A year later Tawata let me know that we were working towards a season and I begin to worry because who the hell were we going to get to play these characters, particularly the Cambodian characters.  I get that it’s ironic that an out of work actor, doesn’t want  a role made for them, but I really wanted to experience it from the outside.

There was the father character, Veasna – Hone mentioned the name Gary Young, I didn’t know Gary but heard he was a solid actor, Chinese and that he had graduated from Toi back in the day, I googled him and realised I did know him, in fact I hated him.  Back when I was in college he worked at the Public Library, and he’ll never remember but he wouldn’t let me get books out because I had overdues, I told him I didn’t have the money this time, so could I pay next time, he replied by telling me that I could take the books out when I paid.  Turns out he was the loveliest guy, so generous as an actor and general human.  I remember charades, lots of it, I remember laughter, falling into each other and wanting to piss your pants, mostly at Gary.

The character of Zelda, based on one of my neighbours, Zelda a Maori lady, Mormon, who I visited as a kid.  When Tawata asked what I thought about our late Nan Brunning, as Zelda, I couldn’t imagine anyone else, I mean when they asked me, I didn’t dare dream that she would want to do it.  But when they told me she’d said yes, I can’t describe what that meant to me.

Sometimes when you find one of your own, you just want to hold on to them because you don’t know if it will happen again.

The discovery of Michelle Ny, whose family I had known within the Cambodian Community.  I remember being at a Cambodian wedding some years after drama school,  randomly sitting at the same table with her parents. They had a daughter who wanted to act.  I told them to put her in contact with me, giving them my email, they smiled “We’ll try but she’s very shy” they said.

I never heard from her.  Years later she had obviously got into Toi, and while I was writing the play, I received an email from her, saying she’d finally got the courage to connect and thought it important seeing as we were both Cambodians and that, this was a rare thing, and so maybe we should know each other?  Together we stood on the stage, staring out to our families, sadly Michelle’s father passed even before he was able to see his daughter on stage in a Cambodian play, I couldn’t imagine what that was like for her family, her sister who it had seemed had cried through the entirety of the show.  A proud and heartbreaking moment.

As director, Tawata had discussed Jarod Rawiri with me, it would be his debut at scripted direction. I had only glimpsed Jarod from The Arrival, but as a director I could see the care that he endowed towards the piece, and I appreciated the fun he tried to inject – into what was a very somber world within the play.  Again, like most of the people and experience that came on board to this project, someone I had seen, heard of and respected as a practitioner.

We managed to find two more Cambodians for the project. Enlisted Sopheak Seng for Costume. You can never read Sopheak but seeing him cry in a first run, made me happy that there was a real recognition and connection from him.  Childhood friend Rath Prak, came on board to complete the poster, which looked amazing, and unsurprisingly he didn’t see the show.

Opening night, was filled with both a theatre and Cambodian community audience. Was it what I would have dreamed or imagined? Yes and no.  I remember being on stage and hearing the Cambodian’s commenting on the characters, from the start to the finish they talked, commentated, laughed through the whole show.

My mum smiles at me from less than a metre away- she might as well have waved, whilst I continue to endow the fourth wall.  An old aunty pokes Sopheak during the show, loudly whispering “Why don’t the characters have shoes? Why are they so poor?”.  Sure, much of it may have been lost on them, it’s the first time.  Even if they aren’t aware of “theatre etiquette”, they are invested in the story, and the characters, isn’t this how theatre was supposed to be? Live?  I am embarrassed but I shouldn’t be.

I wait backstage, sighing and wishing to shush them from behind the curtain, but in hindsight it’s fitting really, it was our first time, and  like many first it is awkward, it’s ungainly, definitely not sexy, but it’s got to be done right? And I’m glad that we did, so that we can only continue to do.   These experiences gives growth to  the work, the audience and to me.

The second time I hope I can watch the show with a Cambodian audience, that we will hear the actors speak the Khmer language, and even if the audience do talk through the entire show, I will be beside them and this too will be a first for me.

SARITA KEO KOSSAMAK SO is a first-generation Cambodian born New Zealander. An actor, writer, producer and co-founder of the independent company I Ken So Productions, with husband Ui Natano Keni, founded in 2017.  Working across theatre and film, she is passionate about all forms of storytelling, sharing and in search of the culturally rich, unseen and invisible amongst us. 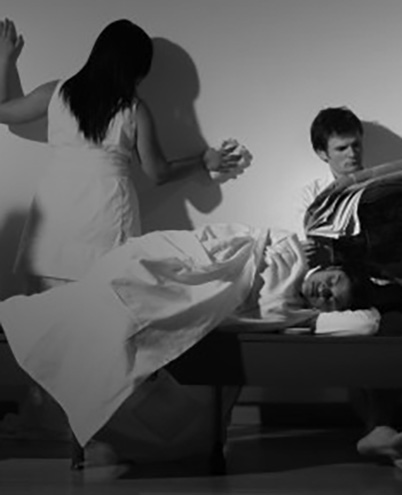 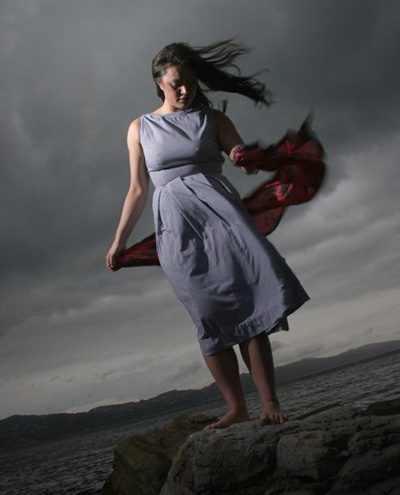